Crossing the border from Uganda, travelling east of the Congo, high in the night skies of Africa, I leaned forward in my seat. I looked down from my flight to the twinkling lights, thousands of feet below. The distance of altitude and the darkness between us seemed to amplify my feeling of uncertainty for what lay ahead.

My detached perspective was short lived. Over the next week, I joined Duncan Ward the founder of Classroom of Hope, and two other team members on a mission to explore the standard of children’s education in the most remote areas of southern Rwanda. This trip would lay a foundation for a program to improve access to, and quality of, education for thousands of children.

John Kalenzi is the director of AEE, a local organisation that has been supporting education for children in Rwanda for over twenty years. As our Rwandan host and guide John was our conduit to the harsh reality of his country’s struggle. His stories of the past and view for the future helped us to form an understanding of where the needs lay and what impact we could have.

Landing in Kigali the genocide weighed heavily on my mind. I didn’t know what to expect and I searched for insight in the faces of the people I met. A calculated slaughter that began in April 1994 and took the lives of one million people in just three months. Now in 2014 stories of reconciliation and unification left me questioning how a society could overcome such a horrific episode in just 20 years.

I was provided a first hand introduction to this when I met the two men below. The man on the left is Theo. He sits at lunch with his friend and colleague Adalbert. Theo lost his entire family in the genocide. Everyone he loved was killed, parents, aunties, uncles, grandparents, and siblings. He was taken into an orphanage. 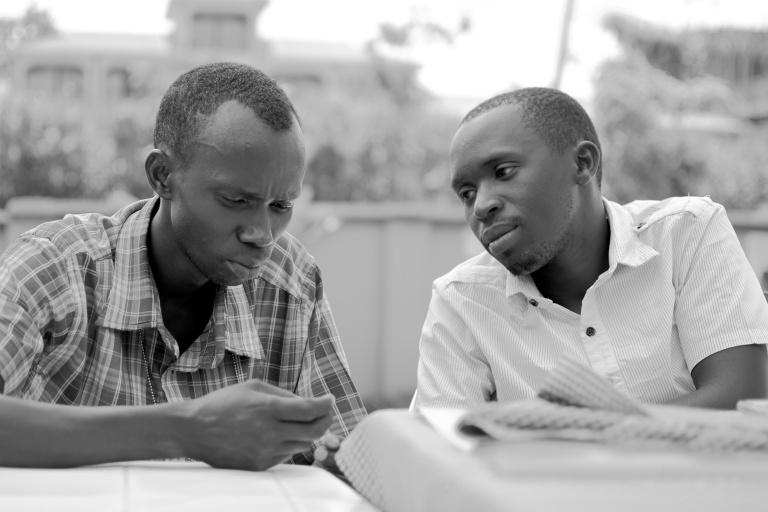 Twenty years on, both Theo and Adalbert are drivers at AEE. It is not only their profession that these men have in common. There is a darker connection they both live with. It was Adalbert’s family who murdered Theo’s loved ones.

In a country where millions can share stories just like this, we were left in awe of a society that has made such an inconceivable transition from ethnic genocide to unification within one generation.

An excellent report recently released by the BBC highlights that international understanding of what happened before during and after the Genocide is far from reality. There were extreme killings on both sides of the conflict, many of which have been denied and had remained unexposed over the last two decades. The political situation currently is not as clean and progressive as it appears and the image of a corruption free and democratic process is only a well-constructed PR story.

However, regardless of the allegations and speculations surrounding the genocide and the following years, regardless of the current leadership, and regardless of institutional politics, there is no doubt in my mind that the survivors of this tragedy have demonstrated an unfathomable personal will to change their future.

It was this future we looked to in the faces of the children we met in Rwanda; a future where quality education would provide children with choices and the confidence to create their own path.

While the last two decades have seen considerable growth in infrastructure and economy, many remote areas struggle to feed, educate and develop their local population.

Our team visited a village that has no classrooms in a district that is home to over 160 children. John was taking us to look at the site his NGO has earmarked for a new school. As our dusty four-wheel drive bounced and slipped its way up the approach road, children appeared along-side our open windows. Running with bare feet on the rocks and dust they called out muzungo! muzungo! White man white man!

John explained it is likely we are the first white people to ever come to this place. 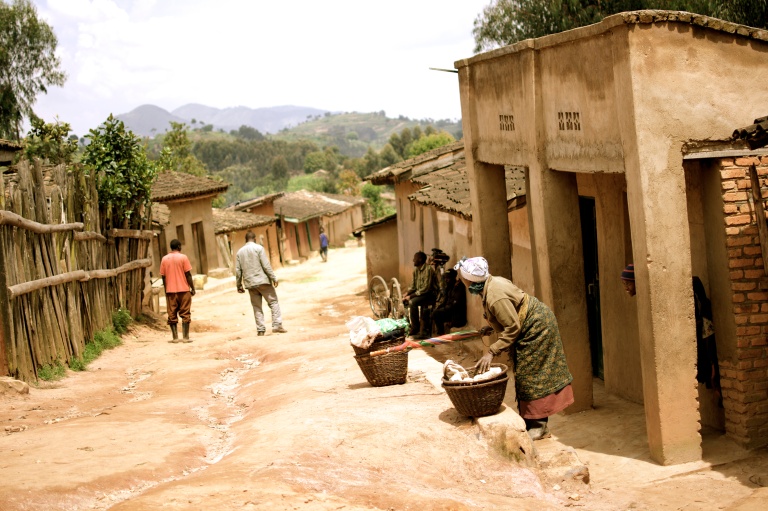 As soon as we stopped the locals slowly gathered to silently watch us. Reactions were uncertain and cautious. This woman had stood motionless staring at us while we were discussing the surroundings. After taking this portrait I showed her the image. She suddenly dropped her bundle of grasses to the ground with a gasp of amazement, and with a wide-eyed smile she grabbed at the camera. 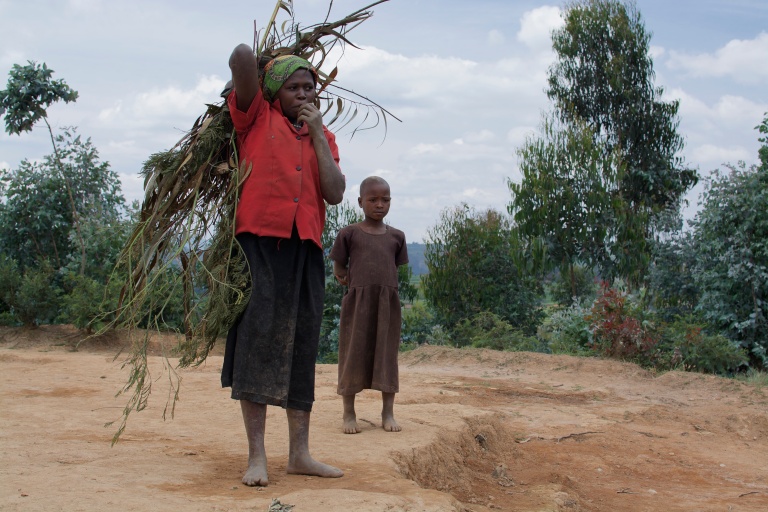 One of the men playfully beckoned me to take his photo then laughed and hoisted this borrowed plank from a stack at the side of the road onto his shoulder. He posed, suddenly very serious, and said in thick English ‘I have money’. 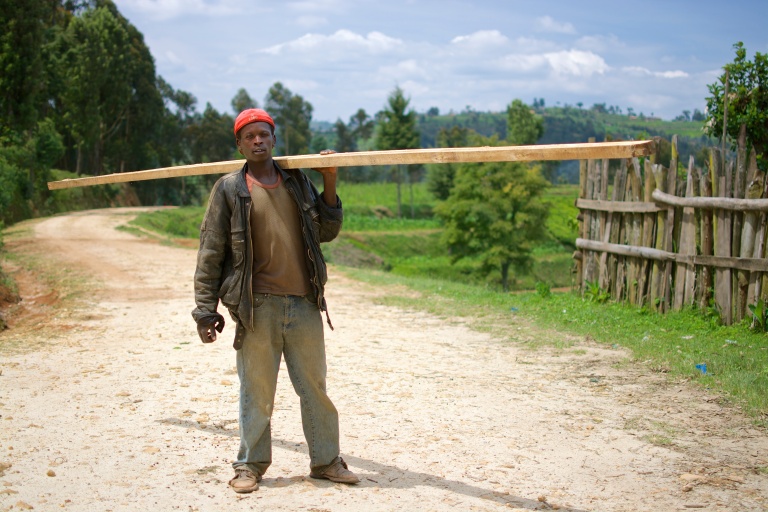 For him, the plank represented a value that depicted him as a wealthy man. I don’t know the cost of one plank of wood. But I am sure it would be more money than he has.

He carefully placed the plank back on its pile, and laughing he joined the rest of the villagers curiously watching us. 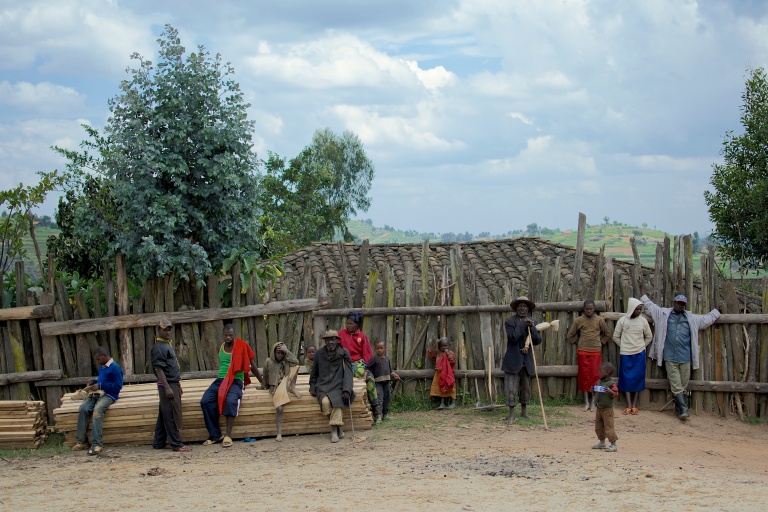 The young people in the group were eager to see their image on the back of my camera, the older people seemed contemptuous, almost disgusted by the view. I wondered how long it had been since they had seen their reflection. 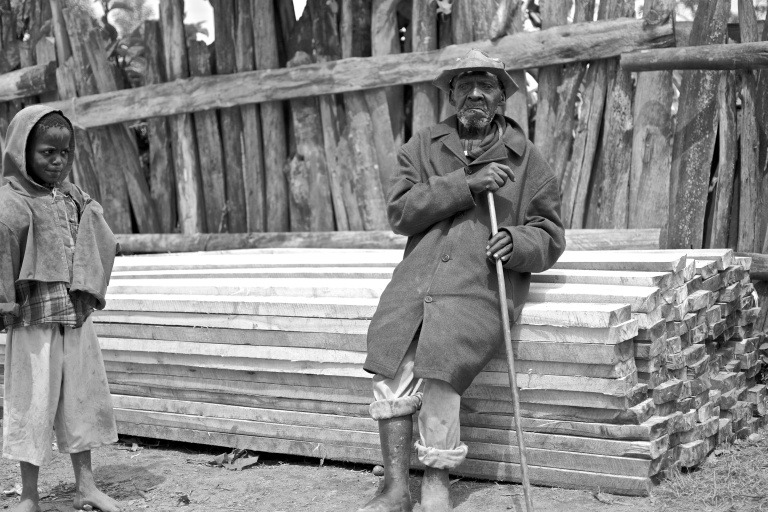 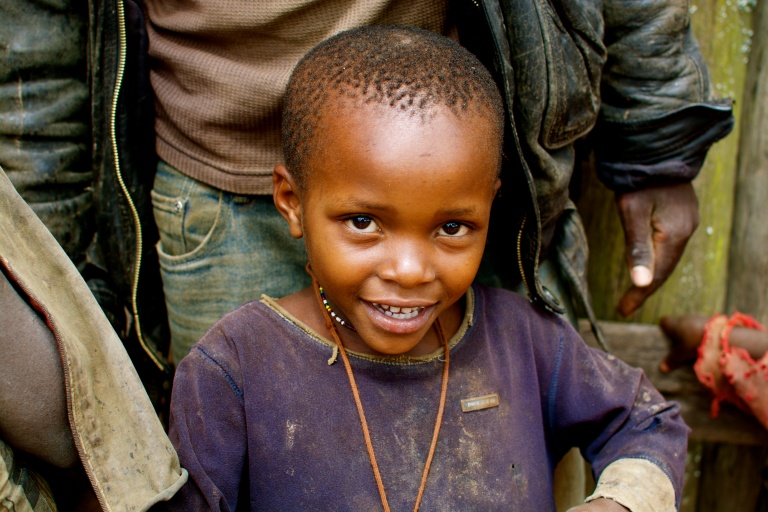 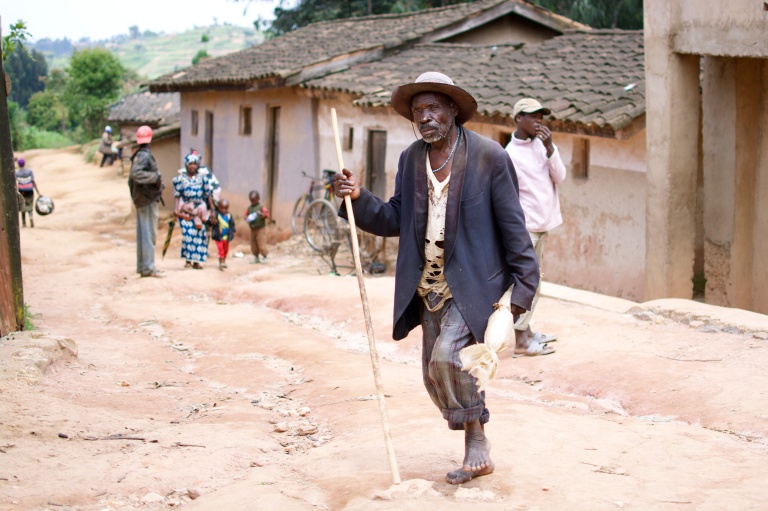 While in the capital city of Kigali, we met with the Minister of Education and the Deputy Director General of school construction. They presented statistics indicating impressive momentum but also highlighting the scale of the issues ahead.

Over the last five years they have built 10,412 schools. Using a program unique in Africa, the government supplies materials while the local communities provide labour and management to construct the schools. Official technicians oversee standards and the result is a community with a vested interest in their education facility.

Going forward the government will be focused on renovation of dilapidated schools, provision of water and sanitation, and removing asbestos from old buildings. There are 199,902 schools in Rwanda with asbestos used in their construction. 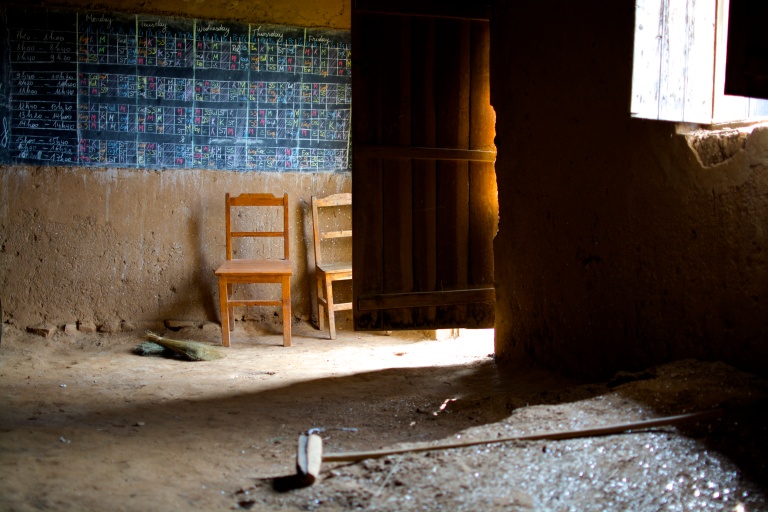 The Governments efforts are admirable, but our visits to local communities and our visibility of target versus issues highlighted to us the need for additional support from local NGO’s, particularly to address the capacity issues.

One village we visited had a school that could only cater for half of the students in the surrounding villages, meaning up to 400 young children had to walk 7kms over steep mountains to the next school. 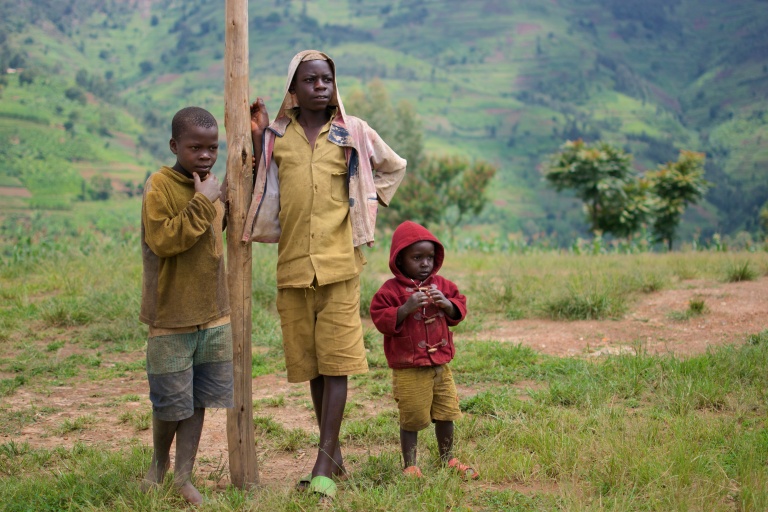 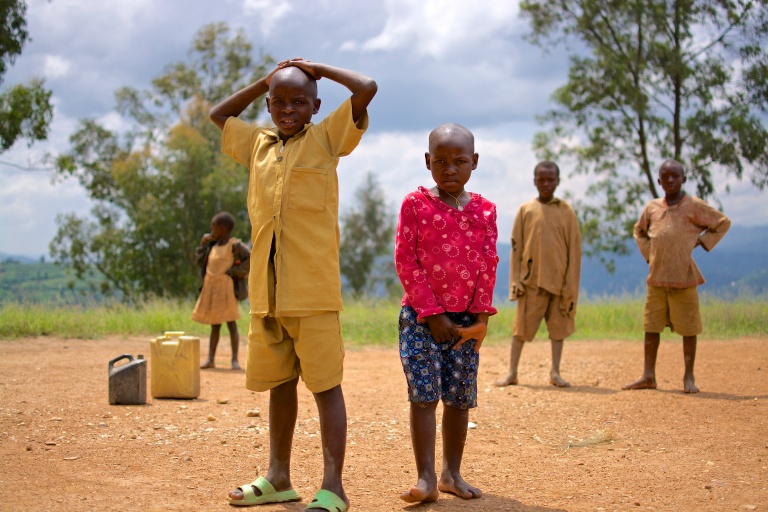 The remarkable thing is that many of them make that walk.

The spark of desire that burns in children is at its brightest when they have limited opportunities. When clear pathways are provided for them to realise their dreams, that spark can be roused into a fire. One fire is enough to light the way for others. When those flames rise up to be seen by everyone it can change a nation.

Our Journey was enlightening, humbling and inspiring. Duncan returns home with a strong case to present to the board of Classroom of Hope. This is not the last time that a white man will visit that village. 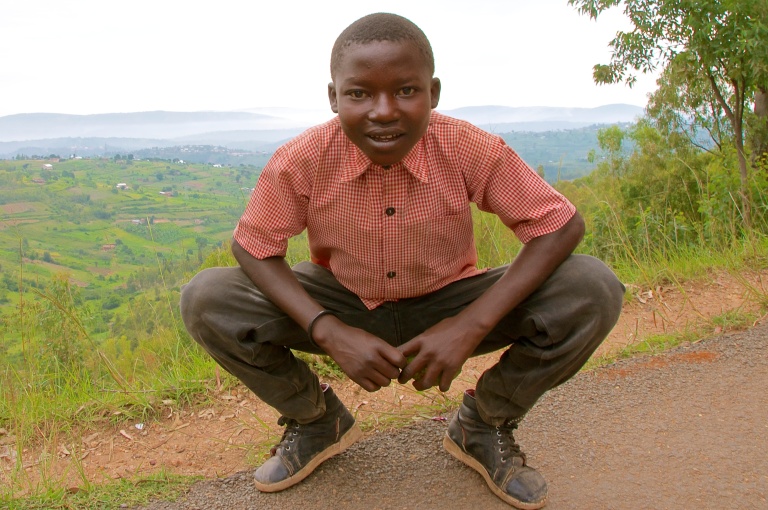