It begins with a Cambodian boy, who survived the genocide of 1975 -1979 when the Khmer Rouge murdered 1.5 million people under the regime of  Pol Pot .

Thy Bunrith (Racky) was separated from his parents, forced into child slavery at the age of five and survived three attempts on his life before escaping into hiding for months.

Years later, his passion to help the people of Cambodia inspired him to establish an NGO named Children’s Action for Development (CAD). He has dedicated his life to providing education opportunities for the poor and underprivileged children of Cambodia.

Racky’s inspirational story and his determination in the face of unimaginable tragedy leads to the second part of the story which will follow in my next post.

Below: Racky shares his emotional memories of the thousands who were led to the edge of the killing caves at Sampeou (Boat Mountain) in Battambang before being thrown to their death. It is hard for him to come to this place, his Grandfather was killed here.

Below: From the depth of the cave it is hard to comprehend the events which played out here.

Below: A ghostly image of Racky as he stands by remains of people who were murdered in this cave.

Below: I struggled to comprehend the scenario that led to this chilling end. This is not a tourist attraction, these remains, collected from the dark corners of the cave by locals and families left me chilled and saddened by something I could not come close to understanding.

Below: The moment is overwhelming, and shared by everyone in the group. Duncans’ Father Keith embraces Racky, it is an incredibly warm and loving  gesture which lightens the mood in the cave. 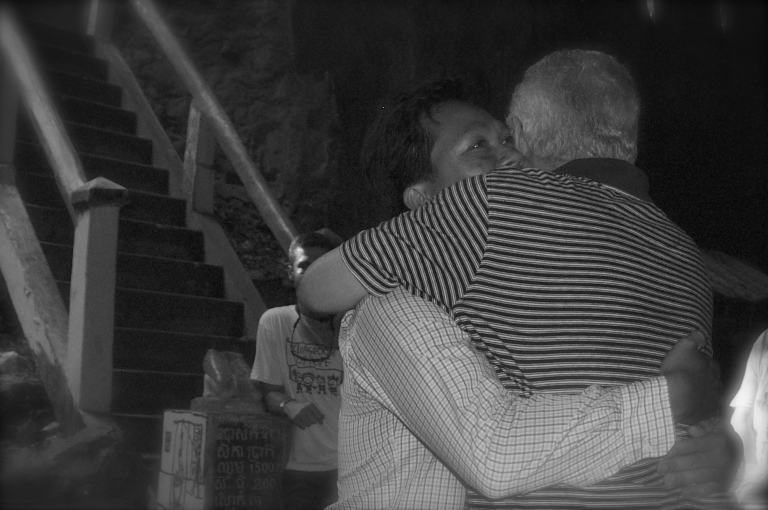 Below: More than 30 years on from this tragedy, and with a humility that is touching and inspiring, Racky maintains his dedication to developing opportunities for the children of Cambodia. In this photo he is standing in the door of a rural classroom as the young children inside recite english sentences. 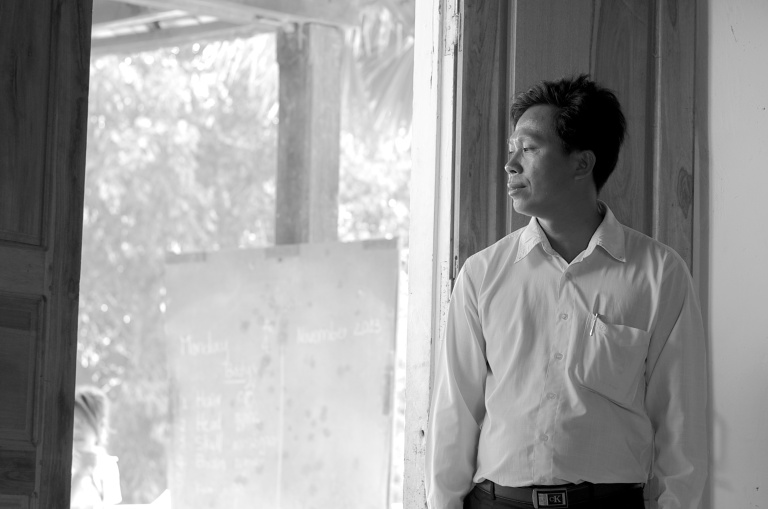 I am honoured to have met this man. Adversity and suffering have not worn him down but given him strength.

This story of inspiration continues in my next post…